What does ruga mean? Why is the guesthouse in Vamvakou named like this? Why do the rooms have female names and where do these come from?

Let’s start from the beginning! The word ruga stands for neighbourhood, quarter or mahalla. In the past, what was considered as a ruga was the main front yard of a house, the space between the house and the road or the road/space between houses where neighbours would gather. There, women and men (mostly women) of all ages would get together and chat; they would “do a ruga” – an expression that is used till nowadays in the villages of Laconia. Grandpas and grandmas would tell children stories and narrate fairy tales, while, when it got dark and the conversation was not over, they would continue inside the house. This was called nyxteri (from the Greek word nyxta for night). The heart of the neighbourhood would beat at the ruges of the villages – and especially of the small ones and the ones without a coffee house. 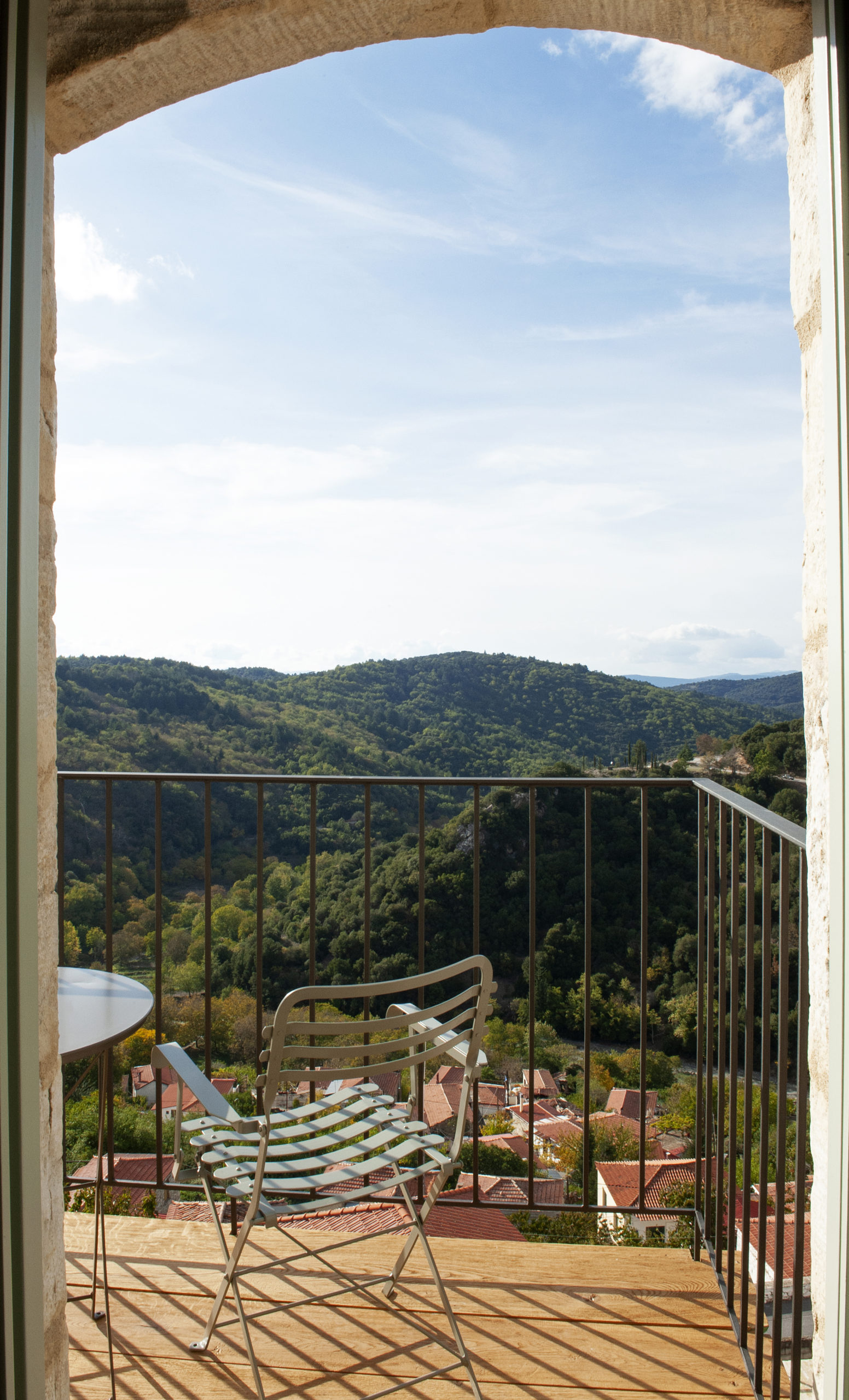 So, close to the clock tower square and just over the chapel of Saint Ilias, three fully refurbished buildings stand out among old or abandoned houses; they continue to fit into their surroundings, but, at the same time, give visitors the impression of revitalization, the sense of a new phase. In fact, that was the goal: to revive one more part of Vamvakou, to create one more hub of life, to illuminate the front doors of three houses of the village, that were up to now abandoned; to breathe life into one more neighbourhood of the village, as part of the initiative for its Revival!

The stay in Ruga of Vamvakou is a journey to both the present and the past. A quarter that is being revived, a large yard that is inviting guests not just to stay, but to become one of us for a short while, one of the neighbours, in order to live and share the experience of Vavmakou, the experience of the Revival and of life in the countryside.

Each house and each ruga have their own hostesses, who make sure guests feel at home. Drawing inspiration from the past and desiring to honour all those hostesses of Vamvakou, each room of the guesthouse has taken a typical female name of Vamvakou. Vgena, Marigo, Stamo, Tsevoula, Annio and Potoula are waiting to accommodate you. Tonight, we are staying at Marigo’s. You?

You can find out more about which cookies we are using or switch them off in settings.

This website uses cookies so that we can provide you with the best user experience possible. Cookie information is stored in your browser and performs functions such as recognising you when you return to our website and helping our team to understand which sections of the website you find most interesting and useful.

Strictly Necessary Cookie should be enabled at all times so that we can save your preferences for cookie settings.

If you disable this cookie, we will not be able to save your preferences. This means that every time you visit this website you will need to enable or disable cookies again.